Merlin have invested in one of the Worlds most powerful and technologically advanced computerised firing systems. 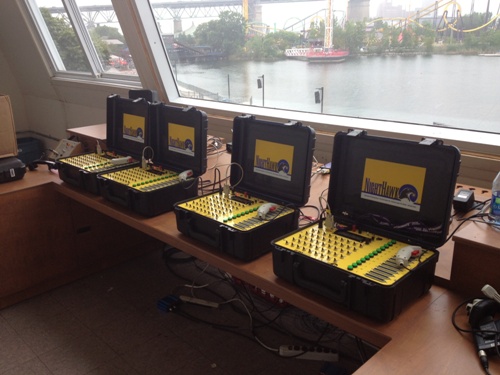 Computer firing makes possible a whole new range of visual effects such as the firework “chases” across Sydney Harbour Bridge, or the stunning sequence seen on the London Eye at New Year.

Our designers program the firing cues precisely, sometimes to 1/100th of a second resolution. The script is downloaded into the controller so much of the hard work is done long before our team arrive on site with the fireworks.