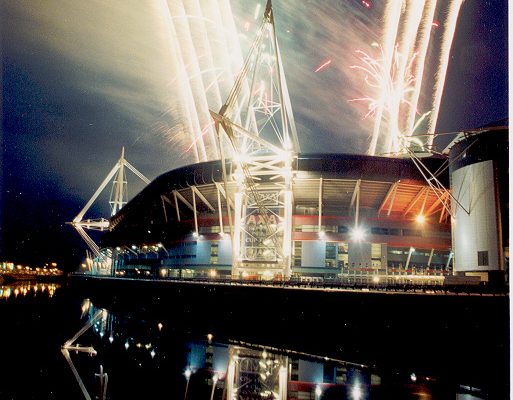 The Cardiff AXA Skyfest was held on the eve of the first FA Cup Final hosted at the Millennium Stadium Cardiff.  A fantastic firework display was designed to a soundtrack prepared by and broadcast on local radio station Red Dragon FM. Fireworks were launched from a floating barge in Cardiff Bay as well as from the roof of the Millennium Stadium. This picture from Kiran Ridley shows the visual scale that is achievable with Firework entertainment. This display featured powerful large calibre aerial Shells of up to 300mm diameter.