Merlin delivered a stunning show at the Oman World Fireworks Championship to the acclaim of the VIPs and audience alike. 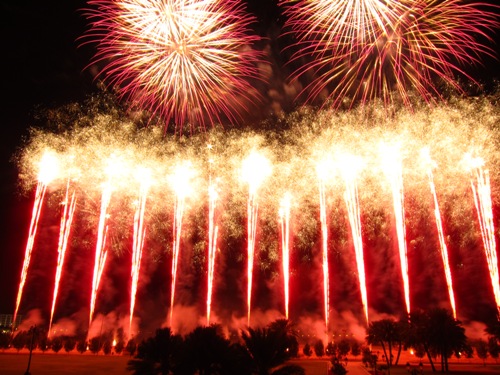 The company represented the UK in the finals in Muscat and faced tough competition from five other top pyrotechnic production companies representing USA, China, Australia, Italy and France.

The Championship formed part of the country’s 40th National Day celebrations and took place over twelve days from the 6th to the 18th of December.

Participation in Oman firmly establishes Merlin amongst the Top 10 pyrotechnic production companies in the World.

“The judges felt this display was very effective in creating an unspoken narrative using firework choreography and well chosen music to illustrate their chosen theme. The manipulation of emotion, scale, noise and colour was masterful.”

“The overall opinion was that this display was of the highest standards, was greatly admired by the judging panel, and which provoked an enthusiastic response by spectators. Merlin’s display inspired both emotional passion and technical approbation, and the Omani judges in particular rated it extremely highly”

“The finale was a good combination of a sustained build up, culminating in a barrage of bombastic noise for an emphatic finish.”