Firework displays have been an essential ingredient to major celebrations for hundreds of years, they remain as popular today as they have always been. The Merlin Team have substantial experience of presenting major displays at major National and International Events: National Days; Capital of Culture; Anniversaries; Opening and Closing Ceremonies; Sporting Championships: and religious celebrations such as Diwali and Eid al Fitr. 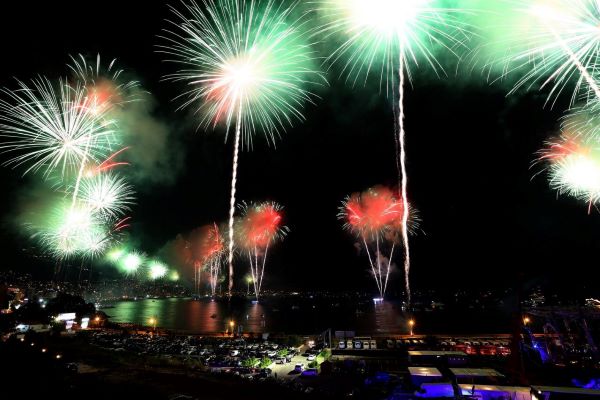 Technological advances permit larger and ever more complex and sophisticated displays. On 31st December 1999 Merlin were on the River Thames setting up and operating part of the United Kingdom’s biggest ever display for London’s Millennium Eve. Since then we have worked all over the World, in Europe, Canada, Africa and throughout the Middle East.

From 2014 to 2018 we designed and fired an annual pyromusical display for the Jounieh International Festival. The 2014 display was fired from fifty positions spread around 6Km of the Bay of Jounieh in Lebanon. In 2017 we fired both from land and from many floating barges and introduced Letter Shooting from the Casino Du Liban. A clip of the 2018 display can be seen here.

New Years Eve is Worldwide peak date for Fireworks and regularly sees our teams working Internationally as well as presenting our regular UK based displays.

If you are planning a major event and want that extra all sensory fantastic firework experience on a grand scale, then give Merlin a call to see how we can help.